Day 3
Friday morning we headed home. We made a quick stop at the wool shop and the Amish Market to buy noodles. On our way back we stopped at a roadside fruit market to see about Stonewall Peaches but due to a late frost in early April they lost 90% of their crops. We did get a few East Texas peaches and they were very good.
On our way back to Johnson City, the birthplace of Lyndon B Johnson, we stopped at his ranch. You can now drive through the ranch on your own rather than take the bus. We had been to the ranch years ago, but could not go into the ranch house. This time we were able to see three rooms inside, his office, the family living room and kitchen. We were not allowed to take pictures with a flash so I did not get any inside. 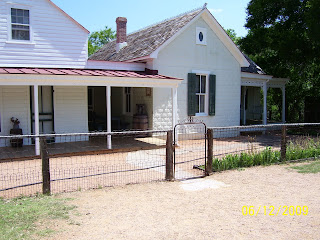 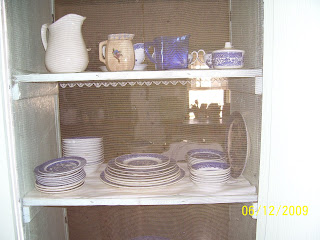 This is the kitchen which is across a walkway from the rest of the house. 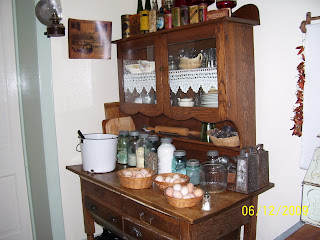 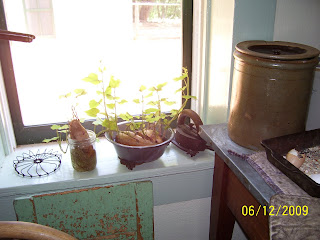 Out behind the kitchen was the chicken coop
and in front was a garden. 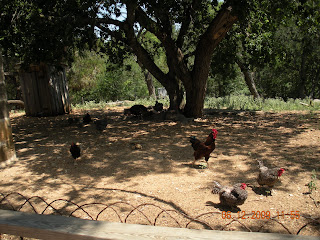 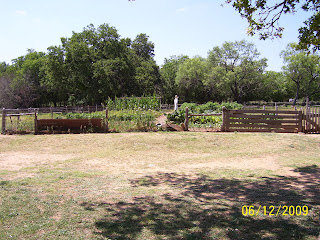 The home was orginally built for a family with three children and was small. There were ten living it when LBJ was a child. 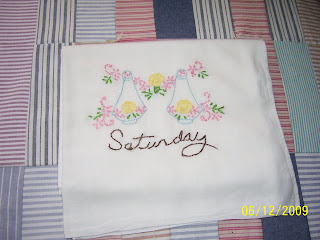 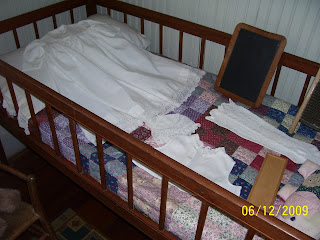 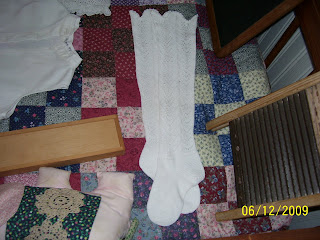 Entering the home from the front porch there was a narrow hall dividing the bedrooms from the sitting room. 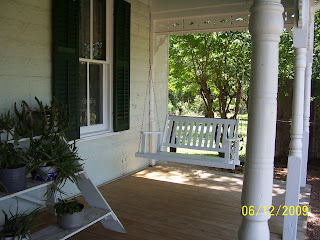 The hall held a clothes tree with a glove box and a sewing machine. Laying on the sewing machine was a paper pattern for an elephant, which might have been appliqued on a childs quilt. 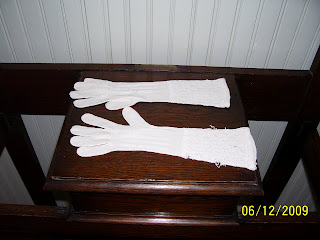 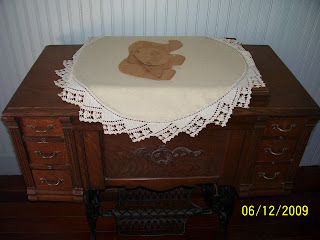 The family cemetery is a beautiful peaceful setting under huge oak trees. 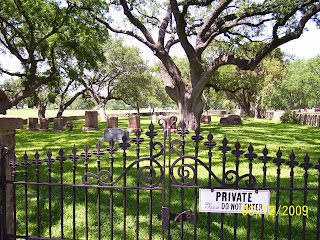 The ranch house is a large sprawling place. Unfortunately the pictures are not the greatest - we were holding up traffic taking them. 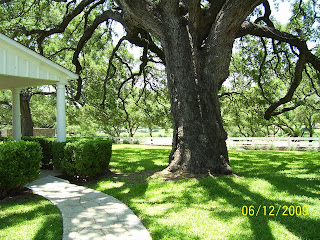 The ranch house sets on the edge of the Pedernales River. When visitors came to the ranch President Johnson would surprise them by driving into the river with his amphibious vehicle. 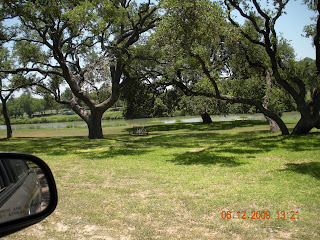 After we left the ranch we traveled home to Bedford. It was a very pleasant getaway. I hope you enjoyed seeing this little bit of Texas. If so leave a comment.
Posted by Pat at 8:03 PM

Happy to hear that you can finally go into LBJ's house, even if only a few rooms. Last fall when we were there you couldn't go in yet. I loved your commentary as I do like to visit there.